On Saturday night, June 30, 2018, Ruya Kadir was celebrating her 3rd birthday in her home with family and friends when the unthinkable happened. A knife-wielding attacker stormed in and began stabbing everyone in his path. Several of the victims have “life changing injuries,” and Ruya will not live to see her 4th birthday.

Timmy Kinner, who had a criminal record in multiple states, was new to town. A resident of Wylie Street Station Apartments graciously allowed him to leave his belongings at her place, but he was asked to leave after his behavior became unacceptable. Kinner came back with a knife seeking vengeance. His host was not home when he returned, so he sought out any victims he could find when he noticed a three-year-old’s birthday party nearby. The attacker injured 9 attendees, all refugees, 6 of which were children, including the birthday girl. She was life flighted to Salt Lake City but died the next day.

This crime has gripped our city. It crossed so many lines, that there has been a visceral reaction from everyone who hears about it. The fact that this man wasn’t from Boise. The pathological reaction to being asked to leave. Murdering complete strangers. The irony that the innocent bystanders he attacked happened to be fleeing violence with only the expectation that they would be safe here. Not only were they refugees, but the fact that he showed no hesitation when he encountered children. And not only children, but children happily playing at a birthday party and the one who died was one of the youngest and the birthday girl herself.

It was too much for us to stand by and do nothing. Anytime we here of a violent crime, we know there is a real chance the phone will ring. But we didn’t want to profit from this tragedy. We just wanted to help. Business comes second in times like these. And while many people wanted to help, we actually could…in one small, very specific way, where few could.

We found out that the property management company is a non-profit whose mission is to provide affordable housing. They were sincerely appreciative and relieved that we could come right away to remove the blood stains (and the visual reminder of the violence) from their apartment community.

And we are not the only ones to rally to the side of the refugee community after this atrocity. The overwhelming response is that one man’s actions do not at all reflect the love we as a city have for children and for welcoming refugees. 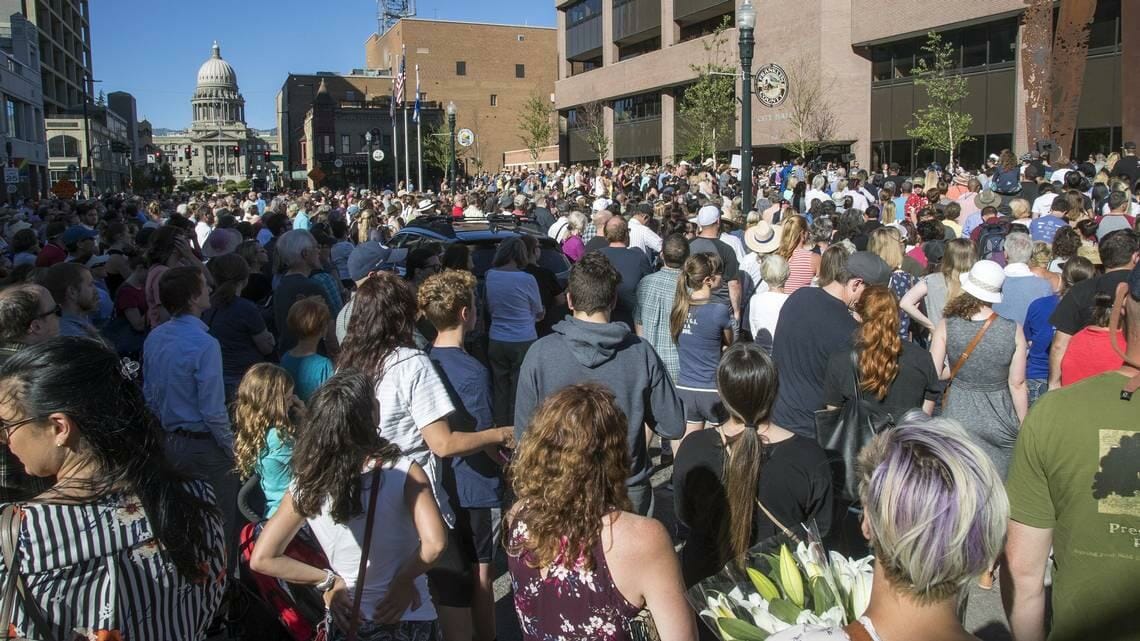 Residents of Boise, Idaho gather together at City Hall to stand in solidarity with the victims.